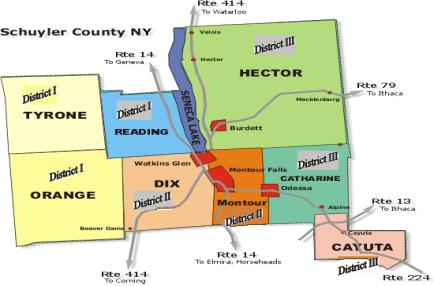 The Schuyler County Council Of Governments is an association of municipal governments and school districts whose mission is to provide a forum for discussion and negotiation leading to agreements for increased efficiency, fiscal responsibility, and improved quality of government services.

In July of 2005, the county formed a Council of Governments (COG), consisting of the chief elected officials from each of the 12 towns and villages, the chief school officers from the two school districts, and representatives of the county legislature (two). After adopting bylaws and officers, the COG has identified a number of areas to collaborate in to accomplish their mission.

The SCCOG’s meets at least quarterly.